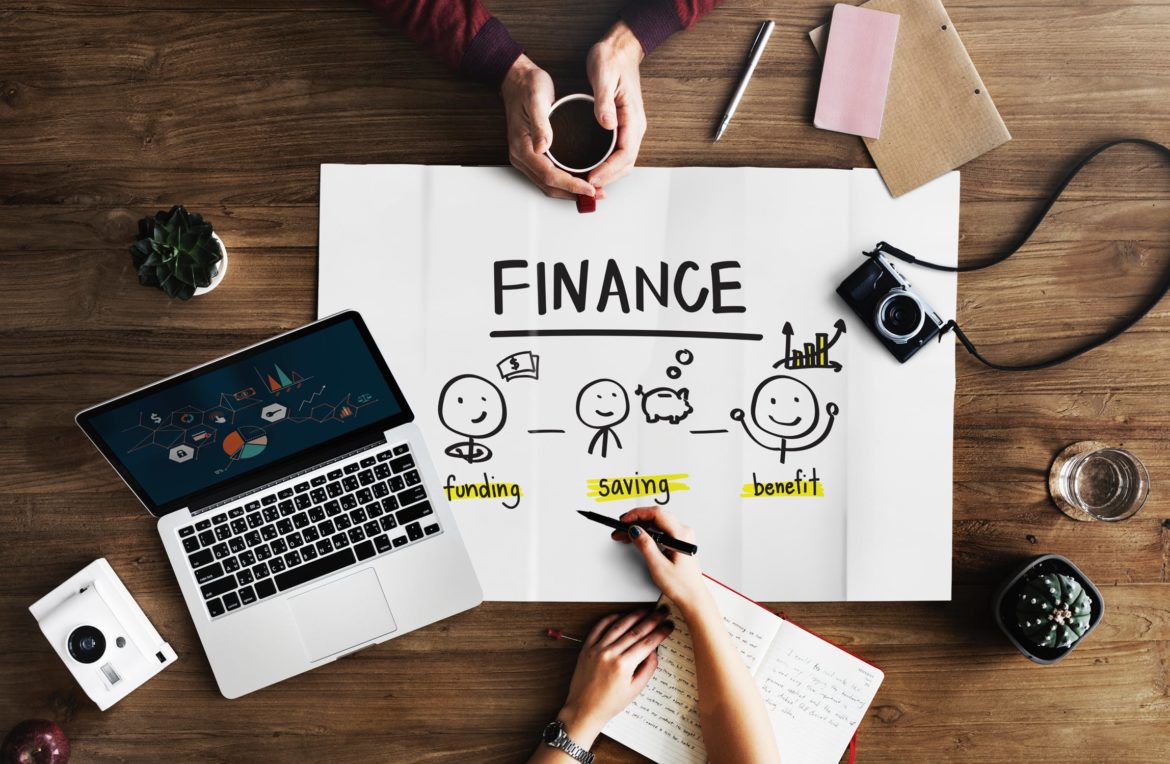 March saw further good news about the pace of global economic recovery, with the OECD revising up its forecasts for global growth, and strong employment and growth figures reported in both Australia and the US. Financial markets received the better news on growth with mixed feelings. Their concern is that the US economy will start to overheat sooner than expected, leading to higher inflation and tighter monetary policy.

The US bond market was the focus of these concerns, with yields rising through the month and impacting a range of other markets. Gold and emerging market equities both fell because of the higher bond yields and the associated stronger US dollar. In the US equity market, the S&P500 index posted a 4% gain despite a fall in the Price/Earnings ratio. The message from this is that equity investors were encouraged by the prospect of better profits growth from the stronger economy. REITs and infrastructure equities also had a good month despite the concerns about higher bond yields. 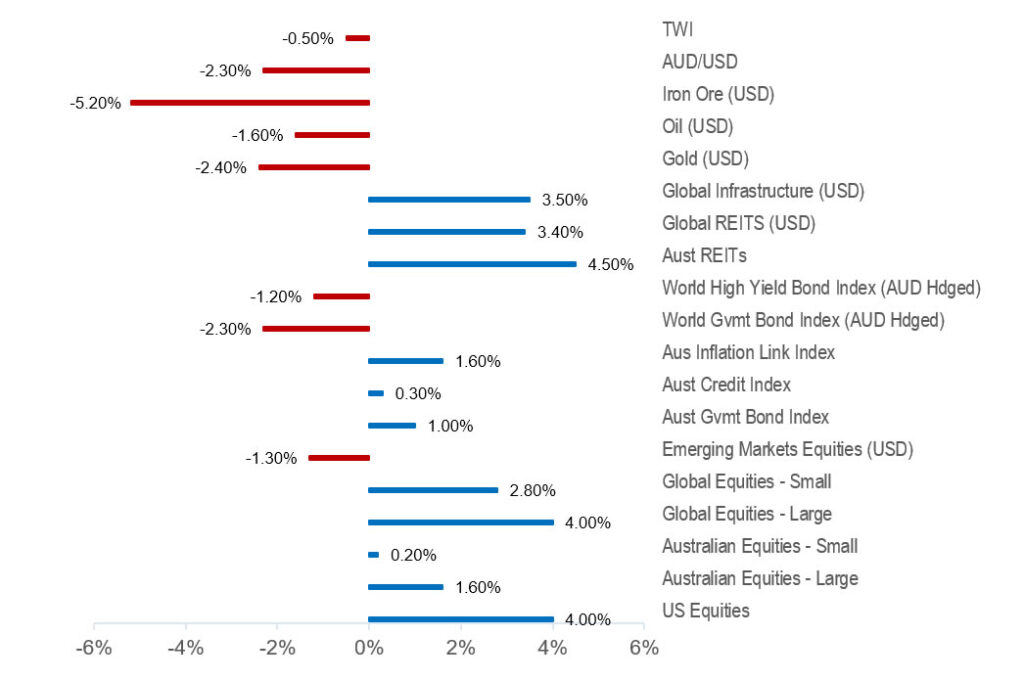 March saw further good news about the pace of global economic recovery, but global investors were unsure whether this would mean good news for profits or bad news for inflation. Volatility in equity markets reflected the balance of these forces in investors’ minds from one day to another.

Local economic news included the ABS reporting that GDP grew 3.1% in the fourth quarter of 2020, which was more than generally expected. By the end of 2020 GDP was only 1.1% below its level a year earlier. The figures showed strong consumer spending in areas linked to reopening the economy (e.g. recreation, hospitality and spending on vehicles) as well as a sharp drop in household savings.

The NAB Business Survey showed both business confidence and conditions rising to their highest levels in a number of years. Surveys also showed improvements in consumer confidence. Employment in February rose by just under 89,000 and the unemployment rate fell from 6.3% to 5.8%. These figures were better than expected by the markets.

In the US, the labour market figures were also better than expected. Employment rose 916,000 in March and the unemployment rate fell to 6%. Indicators of manufacturing activity rose strongly, with the national ISM manufacturing PMI at its highest level since 1983. The ISM’s service sector index also posted solid gains in March.

Meanwhile in China, there were more signs of economic activity slowing down as the authorities seek to moderate the growth of finance in the system. Nevertheless, China is still expected to achieve a robust rate of growth this year.

Financial markets received the better news on global growth with mixed feelings. This applied especially to the US where Congress passed the US$1.9 trillion stimulus package and talk has begun on another massive package to address infrastructure needs and other matters. The markets worry that the economy will start to overheat sooner than expected, leading to higher inflation and tighter monetary policy.

The US bond market was the focus of these concerns. The yield on 10 year US government bonds rose from 1.45% at the end of February to 1.75% at the end of March. The yield on inflation protected bonds (TIPS) rose from -1.04% to -0.68% over the same period. The difference between the yields on these two types of bonds reflects the market’s expectations of inflation. These expectations were around 2.15% at the start of March and 2.4% by the end of the month. The markets are concerned central banks are being too blasé about inflation risks and the need to keep interest rates down. However, both the Reserve Bank and the US Federal Reserve reiterated that they do not see inflation as a problem for some time and will be maintaining current interest rate settings for another 2-3 years.

The higher US bond yields impacted a range of other markets. For example, the price of gold fell again as the TIPS yields rose. Gold is very sensitive to the direction of TIPS yields. Emerging market equities fell because much of these nations’ external debts are denominated in US dollars. As US yields and the US dollar rise, both of which happened in March, so EM equities tend to underperform.

In the US equity market, the NASDAQ had a volatile month and finished March not much higher than February’s close. The NASDAQ index is populated by stocks that do less well when inflation expectations and bond yields are going up. In contrast, the broader S&P500 index posted a 4% gain in March. Importantly, this was achieved despite a fall in the Price/Earnings ratio. The message from this is that equity investors were encouraged by the prospect of better profits growth from the stronger economy.

REITs and infrastructure equities also had a good month despite the concerns about higher bond yields. Prospects for reopening economies as vaccines are rolled out, and the impact of Mr Biden’s infrastructure program would have helped these sectors.

The A$/US$ eased from around US$0.783 at the end of February to around US$0.765 at the end of March. This reflected the decline in the iron ore price, as well as some strength in the US dollar as US bond yields rose more than those in other countries. 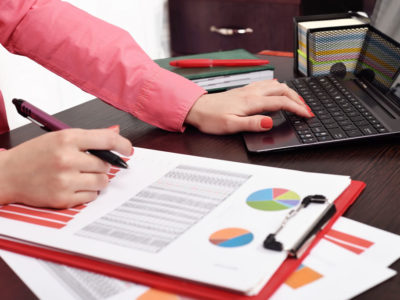 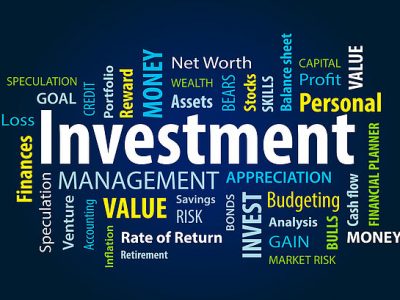 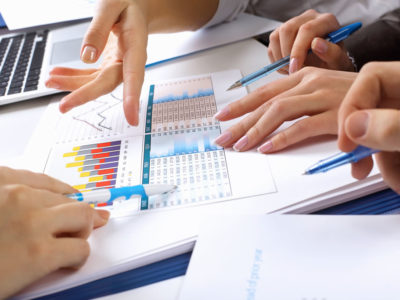